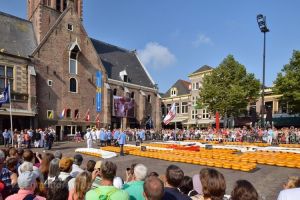 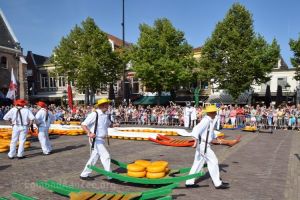 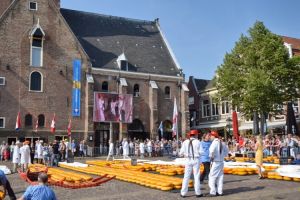 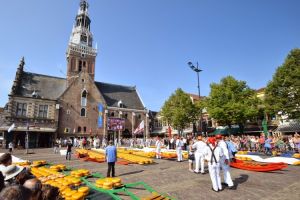 The cheese market with its beautiful entourage, a colorful happening which is by far the biggest attraction of Alkmaar. Annually the market will get around a hundred thousand visitors from all over the world. The oldest cheese weighing scale dates back from 17 June 1593, which is also the official creation date of the cheese carriers’ guild. In the seventeenth century people would trade in cheese on Friday and Saturday from May to All Saints Day. One century later the market was already held 4 times a year, and yet another century later an average of 300 tons of cheese per market day would be sold. Since 1939, Alkmaar is the only city in the Netherlands which trades in cheese the traditional way.